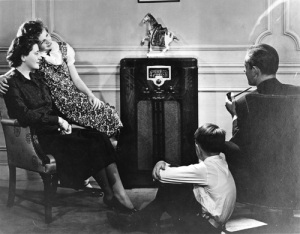 And like all life-altering moments, it’s now a blur. We were in the car heading for…the practice space? Or a live interview on WBCN? Or maybe it was WFNX…no, it was a gig at the Linwood and Juanita played it on WBCN. That’s it, yeah. I’m pretty sure.

I became obsessed with rock ‘n roll and music in general early, and from the moment I picked up my first acoustic guitar ($35 new, tobacco sunburst with lousy intonation) I was dedicated to making it. Played it ‘till my fingers bled, if you will. I dreamed of touring with Van Halen (Diamond Dave forever!), selling out Madison Square Garden and, of course, enjoying all the spoils of decadence in the bus after the show. And I dreamed of hearing myself on the radio.

I dreamed of Berklee College of Music in Boston. At the recommendation of my band teacher in high school, I started with a year in the jazz program at the University of Maine at Augusta first. That turned into four years in a brilliant, enriching program, and by the time I got to Berklee I was young and disillusioned. I stayed in Boston and schlepped through my 20s, working data entry, call center jobs and feeling very much like a Langston Hughes Dream Deferred.

And then I started playing again. My band, The High Ceilings, went into the studio with Sir David Minehan, figurehead of the legendary Boston band The Neighborhoods, and we emerged with a sparkling EP, “Wavelength.” Sparkling enough to get airplay and a spot in the 2001 WBCN Rock ‘n Roll Rumble. Past winners included Till Tuesday and …The Neighborhoods. Nice!

And it was in the lead-up to the Rumble that we heard our single, “Look My Way,” on the radio. We were in the car heading to our space/interview/gig (or maybe it was our ritual de-briefing beers), and there we were, beaming out to Boston and beyond at 104.1 MHz. The moment of a lifetime had arrived.

We all played it fairly cool, keeping the moment close to the vest. No “I AM SPARTICUS!!!” and kissing cutouts in the appliance store for us (this would’ve been difficult to pull off while driving), but ultimately we couldn’t help it, and a four-way shit-eating grin spread across the car. We had goddamn made it! There was some back-slapping, but mostly we kept calm and carried on, since this would, of course, be only the first of many such times.

It happened a few more times after that, but that was the beginning of the end. We lost the Rumble in the first round, artistic and personal differences, day jobs, wives and kids…typical story. But I have that moment: the moment when dreams solidified and the grand payoff was mine.